This is a chapter from my book, “A Chicken in the Wind and How He Grew – Stories from an ADHD Dad” about fireworks, which are going off all over the place here in our neighborhood in Georgia tonight, 4th of July Eve. Though this was 15 years ago in Hawaii, nothing’s changed as far as I’m concerned.

It’s New Year’s Eve, 2003 and I’m curled up in our bed in a fetal position, eyes closed, hands over my ears. I’m working on calm, deep breathing – trying hard to not hyperventilate. I’ve been in this position before when I had some panic attacks, and completely cracked up and had to put in some serious time with the doctors.

Cracking up feels exactly like this – the world around me is pounding and exploding, getting louder and more insistent, like a rising climax of insane fireworks. Our dog, zonked out on veterinary Valium, has joined me on the bed, both of us trembling.

In Hawaii, especially in the local kind of neighborhood we lived in at the time, New Year’s Eve is all about fireworks. Big fireworks at home, in the driveway, lanai, backyard, front yard, and roof – all going off at once and building to a smoke-clogged midnight crescendo. The explosions shake the walls of our little house. It’s LOUD – howitzer, carpet-bombing, end of civilization as we know it LOUD.

Then again, maybe I’m a little over-sensitive to the gunpowder blasting away all around us. I’ve never liked fireworks. It’s not lost on me that cowering in the bedroom spooned with my petrified dog, while the rest of my family oohs and aahs at star bursts and pinwheels on the lanai isn’t a very manly way to act.

Pa doesn’t hide from danger in “The Little House on the Prairie.” He protected his family. But, how do you protect your family from something that only freaks you out? How to you convince them that the prudent move during any noisy community celebration is to huddle under the covers with your drugged-up dog, who now has begun a panting, drooling action that’s making things messy? Not a good example to set when you go around preaching to your kids to face their fears.

I stand up on wobbly knees, and step out to the lanai. I casually lean against the porch rail, a picture of easy confident calm. “So, howzit goin’ guys?” All that manly effort and nobody even notices me. They’re all watching the neighbors’ rocket-spouting Freedom Fountain explode terrifying burning embers all over dry leaves and roofs, while it lets out an ear-piercing whistle that sounds like a screaming Kamikaze plummeting out of the sky to kill us all.

Smoke from all the exploding gunpowder hangs thick in the air as our other neighbor sets off the longest string of firecrackers in all of Polynesia. In the beach picnic grounds across the way, cheers fill the air as dozens of M-80s boom, blowing apart Parks and Recreation trash cans. People call this fun? This is horrible. The family notices me now. I must have said that last bit out loud.

“What are you doing out here? You hate this stuff.” “Whoa Dad, really, you should go back inside. You don’t look so good.”

I guess my macho act needs a little work. I stumble back to join the dog in the bedroom. Later, as the noise finally begins to die down, Margaret curls up next to me and the dog. “I never knew that junk got to you so much.”

I shrug. “I never let on I guess. Maybe I didn’t know.” And that’s the truth of it, in a way. I’d been working with a new therapist and new meds. I was in my second year of sobriety and feeling out who the hell I was. I was discovering that the more I stopped covering up who I really was to myself, the more that real-self was exposed to others. Apparently my real-self doesn’t like things exploding around him. Sounds reasonable to me.

Besides, if I remember correctly, Pa in “Little House on the Prairie” didn’t protect his family by shooting and blowing up the prairie. He just worked hard for them, stayed honest and picked up and moved the whole family whenever he thought he should. So, call me Pa. 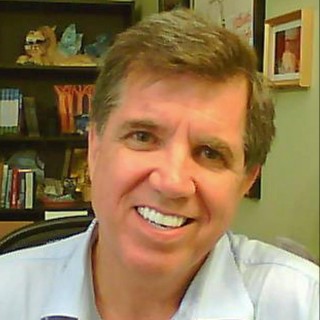